The Lehman Trilogy at the NT – Loved it (and I worked there)!

We’ve just returned from a performance of the Lehman Trilogy at the National Theatre. It was one of the best plays we’ve seen in years, truly awesome. While previous performances of the play across Europe have involved vast casts, Ben Power‘s (the NT deputy artistic director’s) English language version of Italian playwright Stefano Massini’s play involves just three actors. They re-enact the one and a half centuries of the Lehman brothers’ family history from when the first of the initial three brothers emigrated from a small village in Bavaria (where I’m from) to Montgomery, Alabama, in the South of the U.S. From when they were god-fearing, law-abiding, humble, not-so-well-to-do corner store owners (and later on cotton merchants) to them losing control of their investment bank in the 1960s, and to the bank’s demise as a faceless global investment bank in the Financial Crisis of 2008, when godless monsters like Dick […]

Kaboom – Sir Simon Rattle and the Berlin Philharmonic at the Southbank Centre: Brahms

In Germany, where I grew up, we love Büchner. Our Booker Prize equivalent is called Georg Büchner Prize, and seen as a clear early indicator of the next German speaker who will win the Nobel Prize in literature. This young playwright, novelist, poet, physician, revolutionary, founder of a secret society, university lecturer, and natural scientist died at the age of 23 of typhoid fever in 1837, before being able to finish Woyzeck. His last and most famous work merely exists in fragments, was published only 40 years later and first performed in 1913, just to become the most influential and most performed play in the German language. All photos (c) Manuel Harlan, except Old Vic building front and actors bowing to audience. Heavily influenced by Shakespeare, Büchner was decades ahead of his time with his writing style using short sentences and simple, at times colloquial language, and with Woyzeck being […] 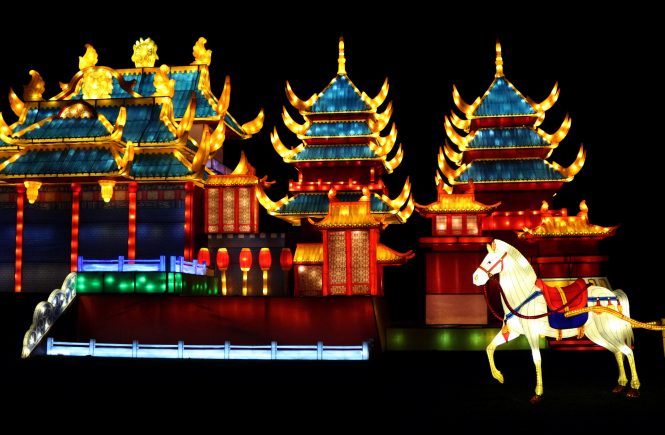 We’ve just watched Katherine Soper’s debut play at the Royal Court (it premiered in Manchester and won the Bruntwood Prize). Absolutely fabulous! It adds to the intimacy of the experience that the Jerwood Upstairs seats just 85 people and the acting takes place between two sets of rows, with the remaining two ends of the room being set up as the work place and the home of Tamsin (Erin Doherty). She is a 19-year old woman, who works full-time in a soul-destroying zero-hour contract job as a packer in a warehouse, packing boxes with goods from customers’ twist-of-the-moment wish lists, while caring for her 17-year old mentally unwell, housebound brother Dean (Jonathan Quinn) since the death of their mother. He can already be seen while the audience gets seated, engaging in his obsessive compulsive rituals of putting gel into his hair behind the transparent walls of the bathroom, tapping rhythmically […]

Ed Harris in Buried Child – Don’t Miss This One

We’ve just come back from seeing 66-year old Hollywood veteran Ed Harris star in his West End debut in Buried Child at the Trafalgar Studios, and what a pleasure it was! Ed Harris’ intensity and aplomb on stage are riveting. It would have been worth the visit just for his acting alone, but as it happens all the other talented actors involved were giving their best too. Well, and can’t really go wrong with a Pulitzer-prize winning play like this that is about the breakdown of the American Dream and its values in rural 1970s America, when most family-run farms descended into poverty and despair due to economic slowdown and the consolidation of the market with a few hundred big players ruling the game. To add to it, it’s so cool that Ed is starring with his wife, Amy Madigan, as he did on various occasions before, both on stage […]

Ai Weiwei’s Roots Exhibition at the Lisson Gallery – Only until 2 Nov!

We just watched ‘Art‘, the third play by Yasmina Reza, the 57 year old French writer and actress, who has been collecting many prestigious awards over the years (Molière, Tony, and Laurence Olivier Awards for ‘Art’ alone) and who is known for her satirical plays about the middle classes, the two best-known of which are, you guessed it, ‘Art’, and ‘God of Carnage’. ‘Art’ premiered in Paris in 1994 and in London two years later. The play was translated into more than 40 languages. I saw the German version in Munich with my parents and my sister in early 1997 and didn’t like it that much, mainly because my Mom was so uber-enthusiastically ecstatic about it that it put me off (it’s simply not cool to like what your parents like when you’re very young). The English-language adaptation, translated by Christopher Hampton, opened in London’s West End in 1996 and […]

@BerkeleySqB @carpediemeire @180books @TravelBugsWorld @Stromfieldadvs @KaliTravel @perthtravelers @markandkylee @amibhat @GreenMochila Thanks, Stefan! That dinner at Krazy Gecko was a lot of fun, I must say 😀
Pokhara is a whole different animal from Kathmandu, so maybe you can squeeze in a visit on your next Nepal trip.

One of the most fun things the Barbarians ever did.

I knew of course why I had not “dined” at @BurgerKingUK for many years, but charging £5.69 for this sorry excuse of a burger which I ate in five bites and could’ve eaten in two bites? Low even for them...