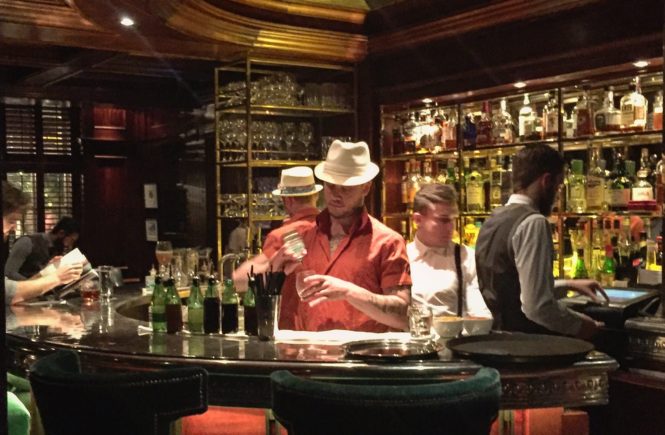 We checked out the BlackTail Residency at the Bloomsbury Club Bar (BCB, 16-22 Great Russell Street, London) today and were very impressed. New York’s BlackTail has been created by the team behind the Dead Rabbit, which regularly gets ranked as the best or one of the best cocktail bars in the world. BlackTail itself is generally considered to have been the most anticipated and successful bar opening in the U.S. during the past year (it opened a few months ago). It emulates the American bars that sprang up in Havana during the 1920s Prohibition (not sure why some reviewers call the bar a speakeasy, which would be the improvised U.S. underground bootlegging version of the time, and quite the opposite in some ways, ultimate luxury versus greasy, badly-lit basements). The Irish duo behind the BlackTail, Dead Rabit’s co-founders Sean Muldoon and Jack McGarry, were inspired by the distinctive black tail […] 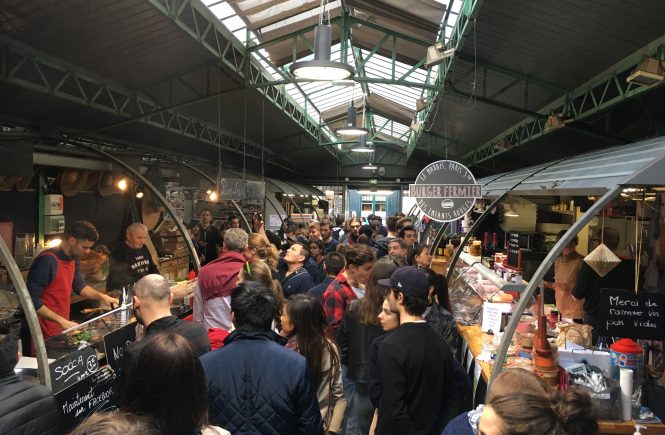 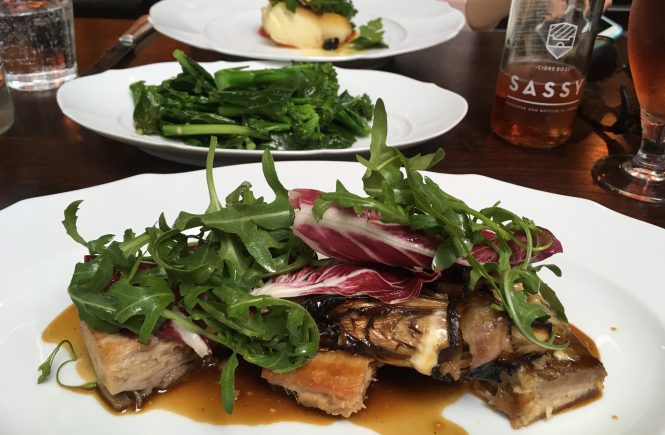 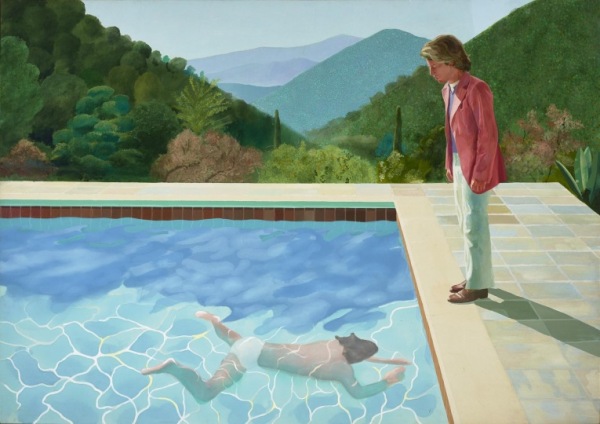 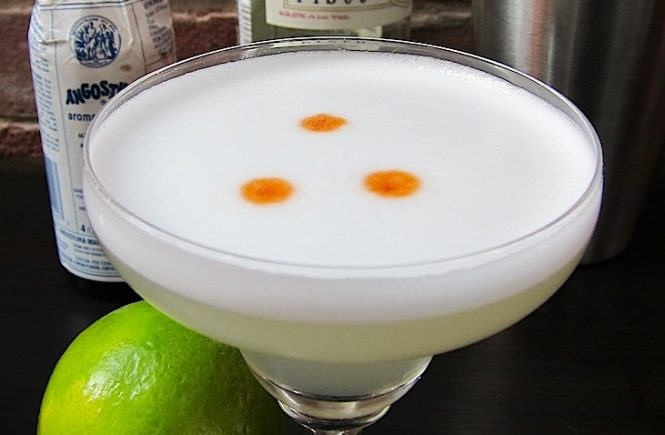 [Pisco Sour feature photo by Pisco Trail piscotrail.com] We recently visited Pisqu (23 Rathbone Place), named after the eponymous birthplace of the national drink, for a quick Pisco Sour with a Peruvian friend of ours, who recommended the place as his favourite Peruvian restaurant and bar in London, in particular because – he says – the cuisine prepared by the Peruvian-Japanese team is authentic, not watered down for the Western palate. He might be slightly biased, because the bar manager is from his home town and the first twenty minutes were spent on our friend talking with his buddy about their village and what had changed in recent years, who left and who returned. It is only four months since the restaurant was opened (and is now run) by chef William Ortiz, the younger brother of the chef at Michelin-starred Lima, literally just across the street, which is why Pisqu […] 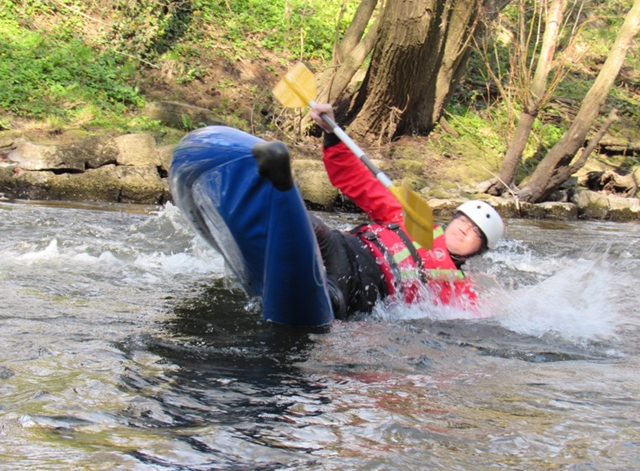 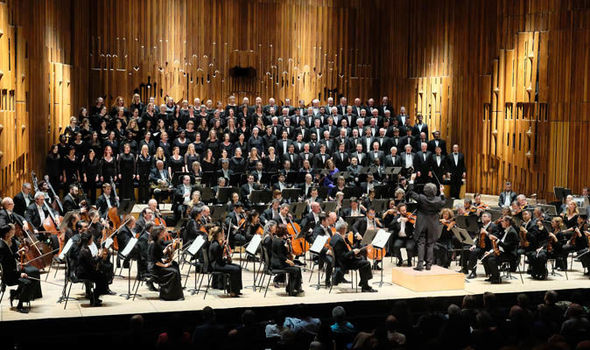 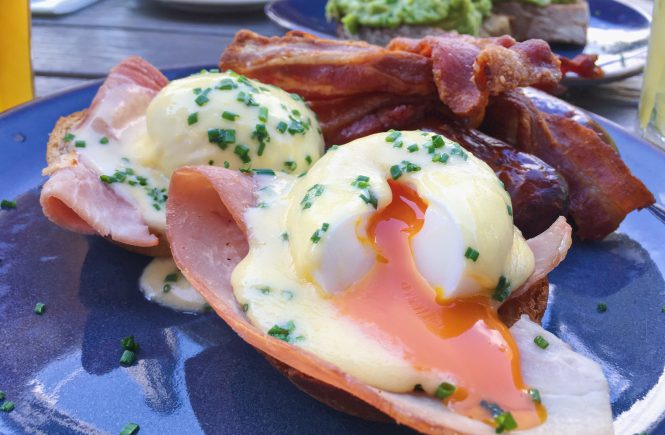 The Lighterman – Our Restaurant Review 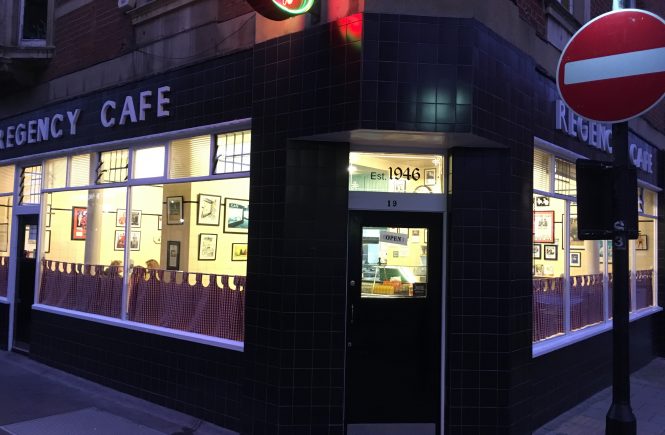 We used to live just around the corner from Regency Café for many years and while we’re trying to eat healthy, this Greasy Spoon managed to make us fall in love with it on first glance. Heck, I’m saying love, but it was more like an obsession! Located just a five-minute walk from Pimlico tube station (Victoria line) or St. James’s Park (Circle and District), and under 15 minutes’ walk from Westminster tube station (Jubilee line), this café still celebrates the 1940s style that was fashionable when it was opened in 1946. The outside tiling is art deco (even though not the grand style you might be accustomed to from architectural milestones like the Chrysler Building, more the robust type that you know from the former headquarters of the Underground Electric Railways Company of London, adjusted for a small corner café).    It attracts a lovely mix of builders from […] 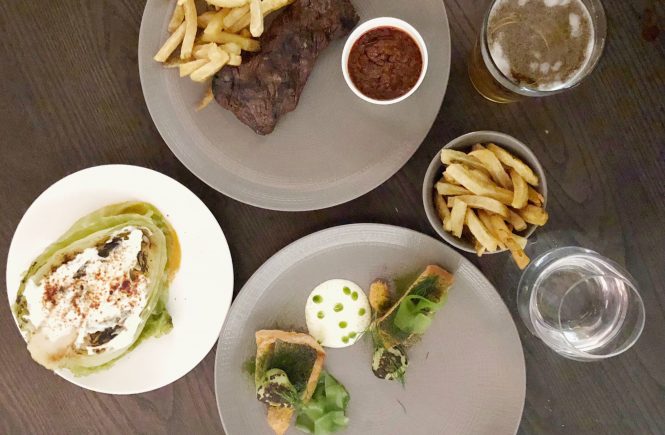 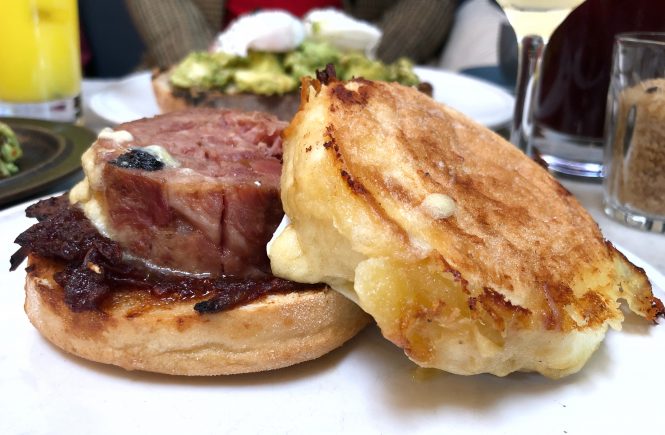 We’ve just come back from the Orchid Festival in Kew Gardens, which has started this weekend and will last until 5 March, so go get your tickets, don’t miss out on this great exhibition of fabulous flowers! Not that Kew Gardens wouldn’t already be awesome enough without any festivals or special events, but this Festival really tops everything we’ve seen so far at Kew Gardens, the variety of flowers on show and the dazzling beauty of many of these flowers is just mind-boggling. Kew Gardens have done a great job at curating this exhibition. We were thoroughly blown away by it, but it seems to work just as well for families and children, old folks, and even experts in the field, overhearing some of the conversations of bystanders. It’s also nice that you can venture into side rooms where ferns, carnivorous plants (the humorous label is “not so vegetarian vegetables”; […] 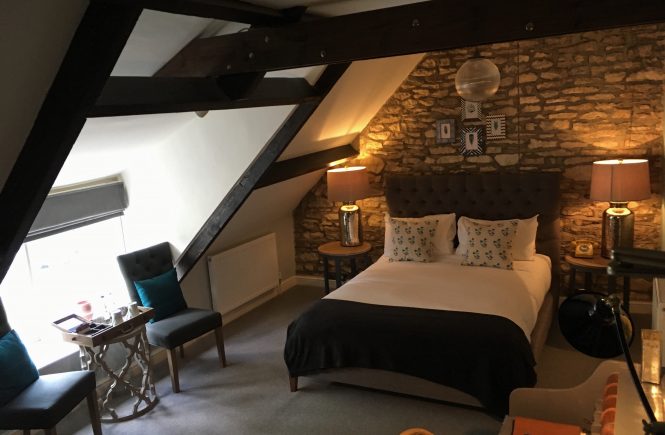 The Sheep on Sheep Street, Stow-on-the-Wold – Our Hotel Review 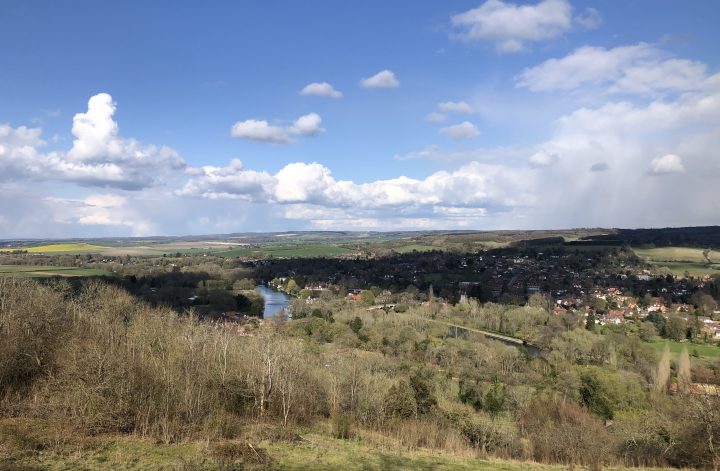 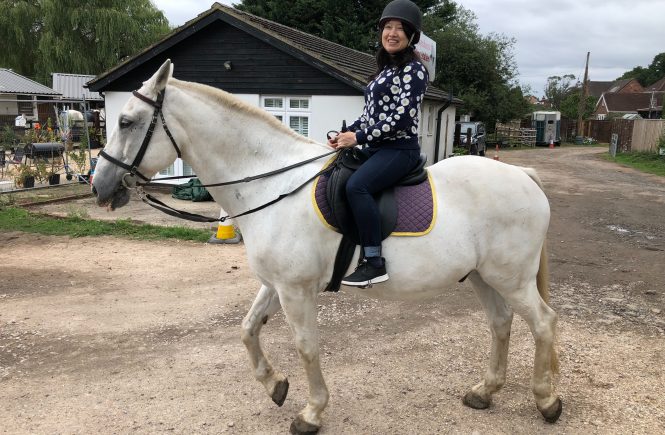 Horseback Riding in the New Forest 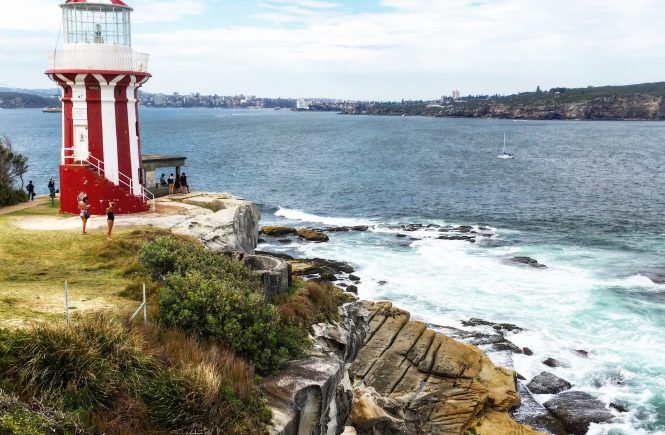 From Circular Quay it’s only a bit over ten minutes by speed catamaran to Rose Bay, the starting point of one of the most spectacular walks we’ve done in Sydney. The walk follows the coastline from Rose Bay to Watsons Bay all of about 8km distance with only a few exceptions, when the path is a bit further inland. More than half the distance is through light woodland, so that you are not fully exposed to the sun, and there are several cafes and picnic stops along the way.       From nearly all points you have beautiful views of the city and the harbour and of the many ships and boats in between. The vegetation is abundant and we saw many lizards, cockatoos, kookaburras, rainbow lorikeets, parakeets, butterflies, and other colourful birds and animals.       After about two hours and a half, despite many stops to shoot photos […] 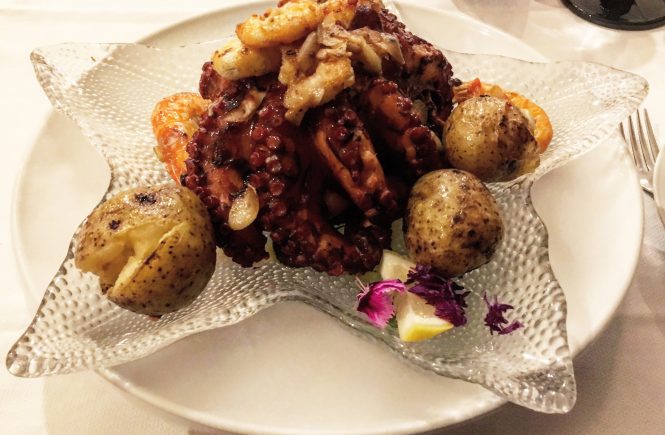 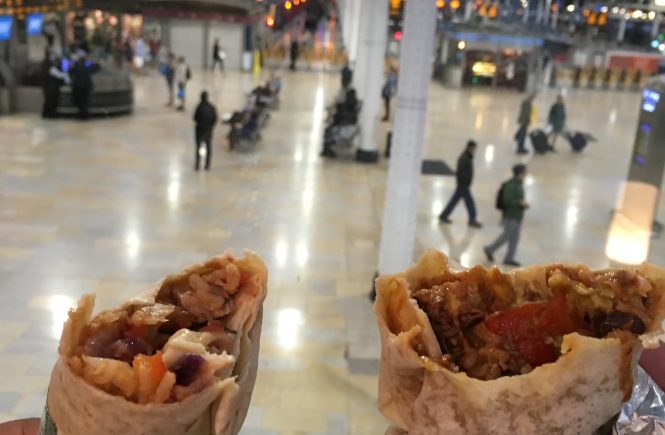 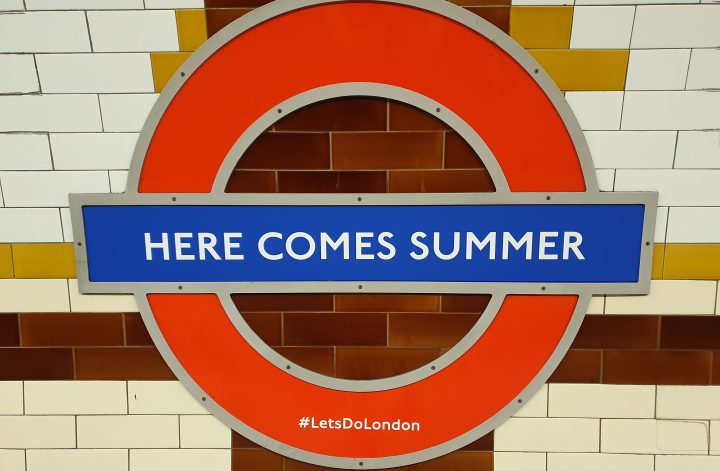 @AdamCSharp Best outdoor gear advert I ever, ever saw:

"Now is the winter of our discount tents."

A marvelous picture of Crossing the Gondogoro la after K2 Base Camp Trek. Gondogora la pass, made k2 basecamp look like child's play. This is us there at 2:30 am at night after having left ali camp at 12 midnight. Reached next campsite at 2pm next afternoon.