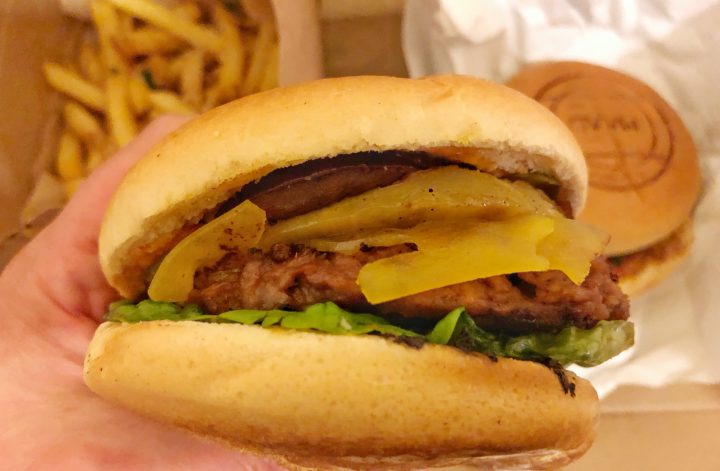 Ellie & I got the munchies last night. We felt like burgers. Five Guys, whom we used to love, had disappointed us too many times during the past year and none of the other big chains had done much for us lately.

So we ended up ordering vegan burgers for the first time in a while. We had not heard about “MAAD – Plant Based” before, but the food on all their pictures on Deliveroo looked delectable.

A quick google search revealed that they had only opened their first take-away in Wood Green a few months ago. “Our” venue in Strutton Ground, half-way between Victoria Station and Westminster Palace, a minute’s walk from St James’s Park tube station, was their second venue and brand-new. Three more burger joints are going to open within the next few months in Hackney, Richmond, and Ilford, an amazing success story so far. 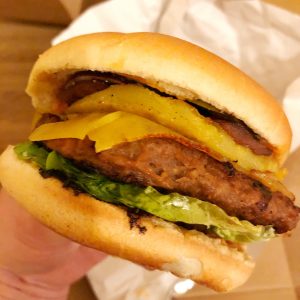 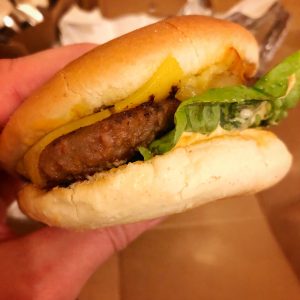 We opted for two MAAD Super Stack Burgers (£9 each). The online order form on Deliveroo allows you to remove ingredients. In line with tradition I did not remove anything and just grumbled a bit about not being able to add any extras. Ellie un-picked the pineapple slice and the jalapeños. You can also choose your type of cheese. We both went for vegan smoked applewood cheese at an extra £0.75 each. Their regular cheese burger is significantly cheaper at £6.85.

Being a bit of a truffles-aficionado, it was obvious that Ms B would have her burger with Black Truffle MAAD Fries (£6) as soon as we spotted them on the menu. I decided to try their large lemon and lime fries for £4. As we were both hungry, we also ordered a bag of fake chicken nuggets (10 for £7). 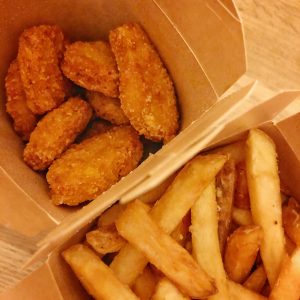 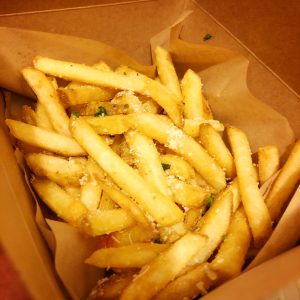 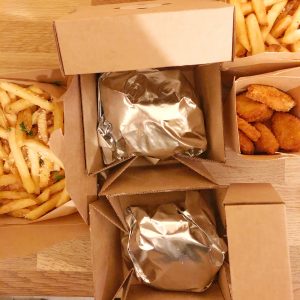 The food arrived less than twenty minutes later, steaming hot. I’ll be frank. I would have been pleased to get a half-decent fill. Most vegan food I had tried so far did not exactly pull my shoes off.

And then… first bite… shock… incredulity… confusion… I stared at Ellie and Ellie stared back at me, equally confused. A second bite… this was not a culinary fata morgana, it was real… this DID happen… HERE and NOW!

The truffle fries only had a tiny hint of truffle and the lime fries only a very subtle touch of lime. Nonetheless: solid fries, even though quite similar to other fries we had tried.

The first fake chicken nugget was another wow moment… very similar to the real ones. They were gone before we had finished our burgers.

MAAD is a true revelation. Their slogan “So good it’s MAAD” is 100% justified.

I never thought I’d make ecstatic, semi-erotic grunts while grass-grazing with my eyes closed and smiling like a loony. However, I just couldn’t help myself. 5 out of 5 in my book. We’ll soon check out their chicken and shroom burgers, bao buns with hoisin duck or pulled chicken, Philly cheese steaks, hot dogs, wraps, kebabs, smoothies, and desserts. We’ll also make sure to order a sauce or two to go with the fries and chicken nuggets. It is our understanding that the meat substitute used here is BeyondMeat.

For every order MAAD plants a little baby tree somewhere in North London. 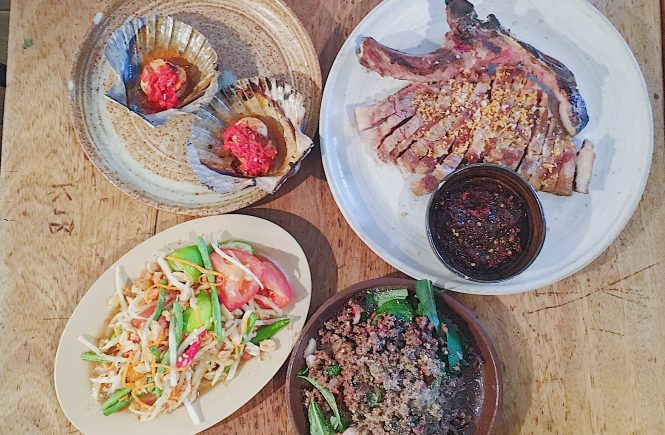 The Smoking Goat – Our Restaurant Review 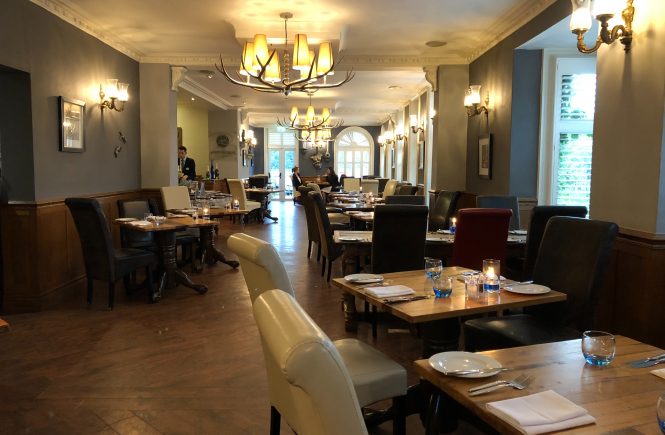 Beresfords at the Balmer Lawn in Brockenhurst 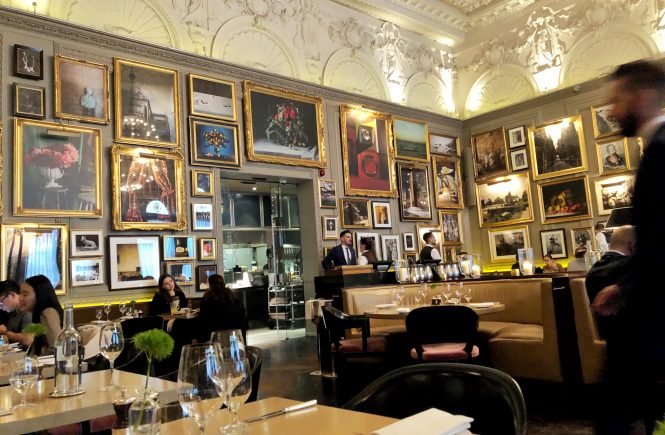 Out of the Office 4 Good@OutoftheOffice8·

Paradise found ♥️ The Caramoan Islands in the #philippines has unspoiled beaches, dramatic scenery and super friendly locals. Where would you like to be this #ThrowbackThursday << https://bit.ly/3dUPHuU >> @TourismPHL #travelphotography

Nothing wrong with a @traveltuesday Beach n Burger party. A few shots from @theouterbanks to start! #TravelWineParty #sunrise