Bistro Mirey might be for you, if you love French breakfast with baked beans 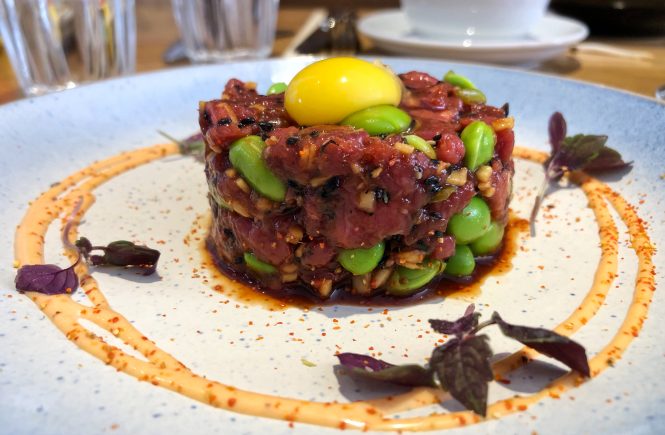 We’ve just come back from a catch-up with good old friends, fellow food blogger Karen (The Veggie and I) and her husband at Bistro Mirey. Mirey is a Franco-Japanese bistro, which was opened in Fulham early last year by the professionally trained chef Gerald Mirey and former supper club originator Ko Ito.

The restaurant doesn’t look like much from the outside. It was empty when we arrived and slowly filled up to about one-third capacity while we were there. We liked the bright, friendly, relaxing vibes with a lot of wood. As a tall person, I have to say, that the legroom at all the tables is tiny (even though in some cases, you might be able to move the table away from the wall respectively the chairs away from the table). The service was very friendly, welcoming, and generally attentive, even though, at times perhaps a bit distracted. 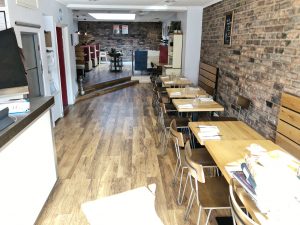 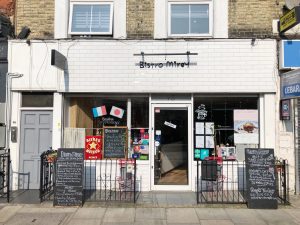 We ordered steak tartare with edamame and quail egg (£8), a Full French breakfast (even though it immediately looked like an English Breakfast that had nothing at all to do with French breakfast; I was very hungry) with black pudding, bacon, Toulouse sausage, poached eggs on toasted brioche, mushroom, and tomato (£12), ponzu salmon donburi with with beansprouts, avocado, poached egg, and nori (£10), and a ‘Kimono Bloody Mary’ (£10) to share. 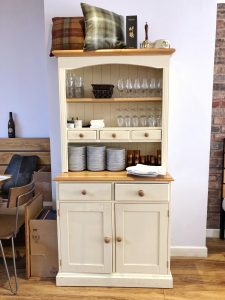 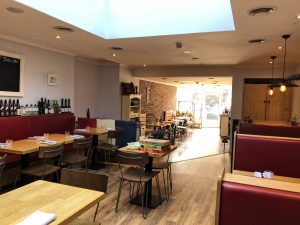 The food arrived quickly. Ms B was fully bought into her salmon and completely forgot to let me have a little bite as well. I didn’t mind my French breakfast too much. The eggs were poached nicely and went well with the brioche, the Toulouse sausage was phenomenal. The home-made baked beans, which had not been listed on the menu, were apparently very good, as I was outvoted 3-to-1 by the table (I thought they were soso at best), the mushrooms were undercooked, chewy, and flavourless, the tomatoes hopeless, the bacon was of the variety you get served in £3.95-a-meal workers’ cafes, not very impressive. 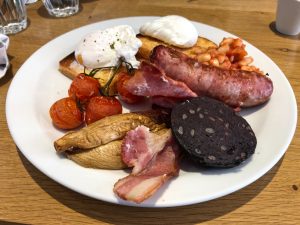 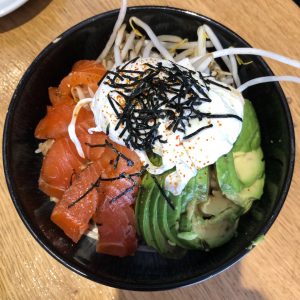 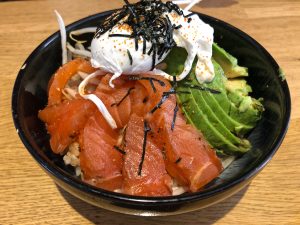 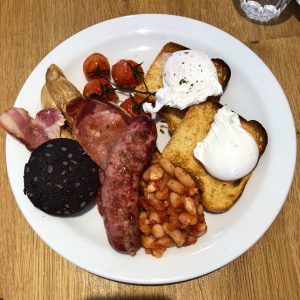 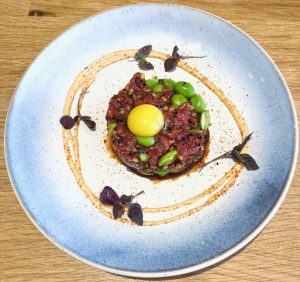 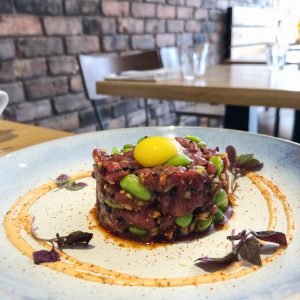 I also didn’t like the black pudding, which I found lacking in flavour and texture. The steak tartare was seasoned too strongly and extravagantly for my taste and the different flavours didn’t seem to harmonise very well. It all seemed a bit random and I didn’t buy into the use of edamame. The bloody mary was thoroughly unremarkable and sorry-looking.

For reviews of eateries further afield, try our articles on two-starred Lafleur, Frankfurt, one-starred Benoit, Paris, and the North Pole’s fanciest haunt for haute cuisine: Gruvelageret, Spitsbergen (our most popular restaurant review ever).

For travel and adventure, don’t be shy and eyeball our pieces on rock-climbing and off-roading near Porto, our ride in a hot air balloon and a helicopter, as well as our trips to Dubai, Lisbon, and Burghausen. 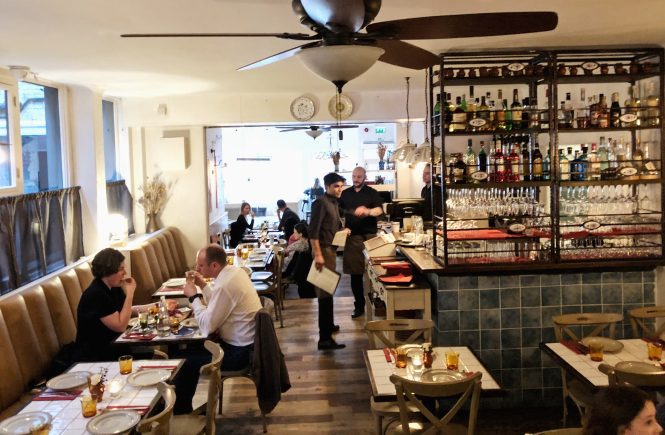