We’ve just returned from brunch at Vienna’s famous Café Central, the mother of all coffee houses. It was our 2nd visit, the 1st being a few years back, but it still worked its magic on us.

Founded in 1876, maybe the most important period for the Café was in the early 1910s. Back then, on the eve of WWI, Sigmund Freud, the writer Stefan Zweig, many other poets, and a whole army of later dictators and revolutionaries ranging from Lenin, Trotsky, Stalin, and Tito, to Hitler and others, frequented this venue (or in some cases at least rocked up a few times). With the emperor’s physical and mental state in decline, his grip on government and state had started to fade, making Vienna the perfect hide-out. A year later the world would descend into its first all-out global war, but there were still a few cafes melanges and strudels to be had before then.

Don’t miss the Arkadenhof, a separate hall towards the back end of the main hall on the left hand side, by far the most beautiful part of the café.

Considering the fact that this is Vienna and a rather touristy location, the service was surprisingly friendly, quick, and helpful.

As nearly everywhere in Vienna, the coffee was delightful (even though not top notch by the extremely high local standards, perhaps). We’d have to lie to say that the breakfast dishes were overly impressive, but they were decent and came at a good value price. You come here for the amazing atmosphere, after all, not to find the best eggs in town, so no complaints from our side.

We’ll most definitely come back again during our next visit to town. Highly recommend: 4.5 out of 5.

Have we whet your appetite for more reviews? Check out our write-ups about Cafe Englander, also in Vienna, and Michelin-starred restaurants Lafleur in Frankfurt and Aquavit in London. 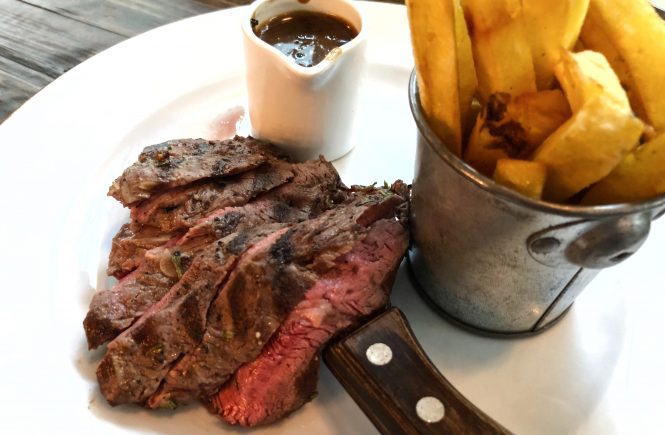 The Sheep on Sheep Street, Stow-on-the-Wold – Our Hotel Review

Great post.. I knew about the rabbits but learned lotsa other stuff.

Explore the beauty of the Blue Mountains by taking an epic day trip from Sydney to experience the iconic Three Sisters, Scenic World & much more! Check out the top things to do in this area of @destinationnsw https://bit.ly/33HdBTU @visitbluemntns @TourismAus #LoveNSW

Here’s me entering a sphere of deep atavism and belonging.

Where are your thoughts taking you this weekend? 😊

@BerkeleySqB ref "supposed to be a witch turned to stone by a monk from Glastonbury."