One Week in Pretty Porto 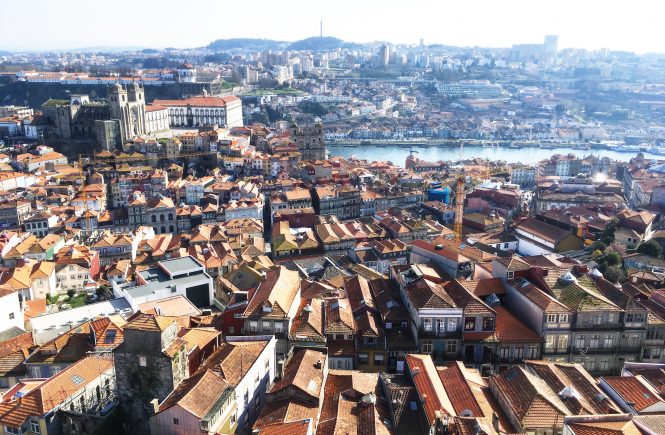 One week Porto sounds like a lot to some people, who think Paris can be done on a weekend, but if you have the time, one week Porto might be just what you were looking for. It was my first time in Portugal and I had a brilliant time. I was joined for most of the week by Nils, an old friend of mine, who was visiting from Munich – you can see two of his guest blog posts here (Kalmykia) and here (Grozny). Then my wife, Ellie or MsB, as she likes to call herself for blog purposes – she is writing this blog with me – joined for the second weekend. My name is Stefan, by the way, or Mr B, if you like.

We did most of the touristy stuff like all good travellers (can’t miss out on the top sights). The city is very beautiful with all the blue and white tiled houses and churches built on its hills and next to the river Douro. For a long time, this river was the border between the Muslim world and Christianity. Especially these days when there is a lot of unreflected blanket criticism of Islam and hateful ignorants like Trump do their best to split the communities apart, I found it heart-warming to see how local Ethnic Portoguese people seem to embrace the Islamic part of their historic and cultural heritage with complete ease, they are proud of all of their history, not just the part where they kicked the Arabs’ butts and said maʿ al-salāmah. Then again, we were only there for one week, so not sure if our experience was representative. 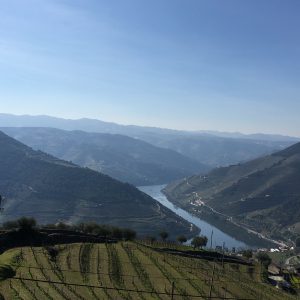 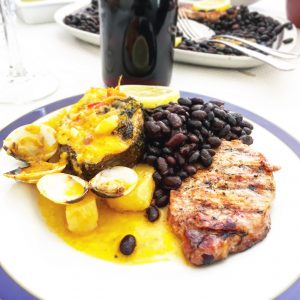 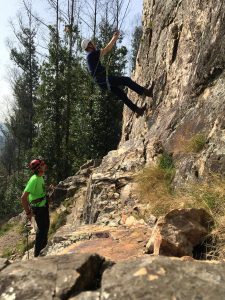 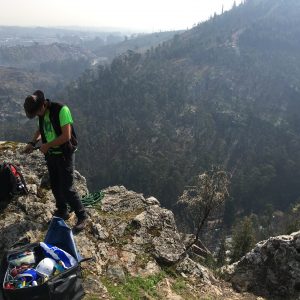 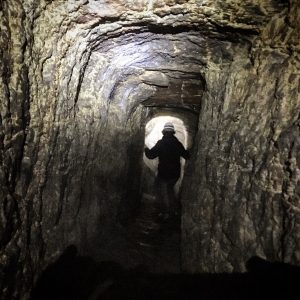 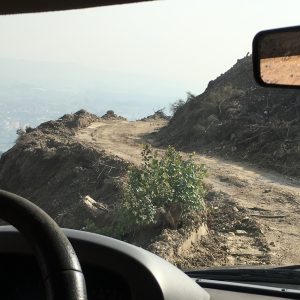 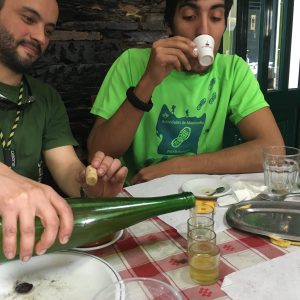 Absolute highlights of the week were our awesome off-roading and climbing day-tour with MyGreenWayTours (which included a visit to 1st Century Roman gold mines) to the Valongo, our equally brilliant Cooltour Oporto Douro Valley Tour (mainly about wine and portwine, but in beautiful scenery and including a lovely lunch and a boat trip), and our canyoning experience with Latitude 41, which was scary (I can’t stand heights) but at the same time an awful lot of fun. 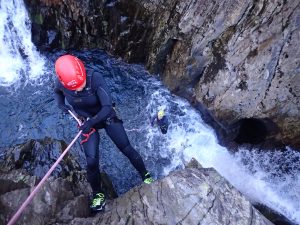 I also really enjoyed the bridge arch walk experience over Arrábida Bridge, a cool 65m above the Douro with great views both of the city and the Atlantic Ocean. When the bridge was completed in 1964, it was the biggest concrete arch on Planet Earth.

Until my wife joined, my buddy and I stayed in a cheap and cheerful B&B. My wife and I then stayed at £55 per night 4**** Porto Trindade Hotel in Rua de Camões, walking distance to the city centre. We’d usually expect a 3*** experience at a 4**** country outside countries such as the UK, U.S., France, or Germany, and maybe it wasn’t all four-star, but it certainly came close. Especially the breakfast buffet quite rightly regularly receives highest accolades on Tripadvisor and other sites.

With regards to food, we only had one bad experience: Avoid ‘A Grade’ restaurant in Rua de São Nicolau at any cost. My mate and I had two different dishes and we both got seafood poisoning, which put us each into bed for a whole day with nausea, stomach cramps and the whole shebang. The food didn’t look and taste right, and the owners and staff were incredibly rude. We are still struggling to understand how such a hellhole managed to end up on #76 out of just over 1,400 Porto restaurants (with 750, mostly excellent, reviews). Our only guess would be that they must have replaced the chef very recently. Goa Bicafe was a great quirky experience, but most likely only worth it if you’re in the area and looking for that precise kind of thing. 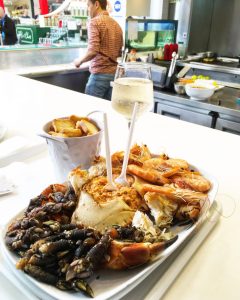 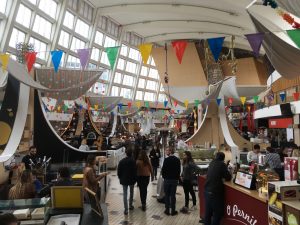 All other food we tried ranged between very taste and truly mind-bogglingly delicious. Highlights include the food we had on our day tours, visits to markets, in particular the Mariscaria stall at Mercado Bom Sucesso (a market that is otherwise rather unattractive, it’s basically just food stalls but no market, and all rather modern and a bit sterile, even though it ranks very highly on Tripadvisor), our visits to Tapabento and Tapabento Trindade, Celta Endovelico and Cunha Restaurant.

Wine Quay Bar (#7 of 1,400 restaurants on Tripadvisor) did not really serve proper food when we went there, but we loved the cheese, thinly cut cured ham, and wine. Moreover they have excellent views onto the Douro river.

Mercado do Bolhão is definitely past its prime, but in a way the figurative patina that covers the whole market, many of whose stalls have not opened in years, has its own melancholic beauty to it, and you can get some high quality food and groceries there, might as well check it out, it’s right in the city centre.

Checking out some of the local supermarkets was a real eye-opener to us. In London you pay gazillions for awful quality food. Here in Porto you just walk into one of those cheap-looking discounters and their meat and cheese counters sell the finest cheese, ham, sausage for roughly between €7 and €14 a kilo, a large percentage of these true delights go for under a tenner. To top it all off, we saw one of my favourites, monkfish, on sale for €7.49. Utter madness. In a good way. 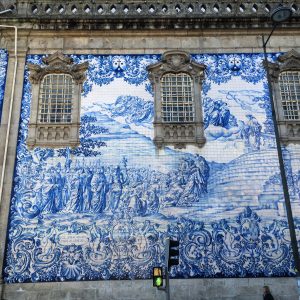 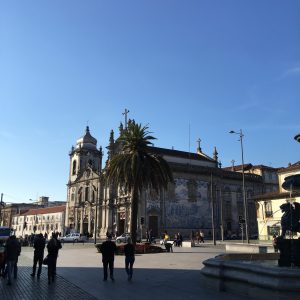 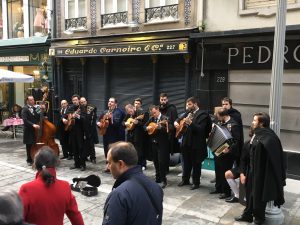 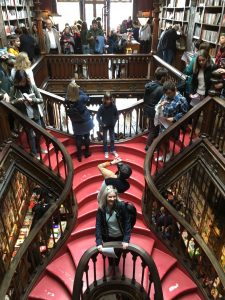 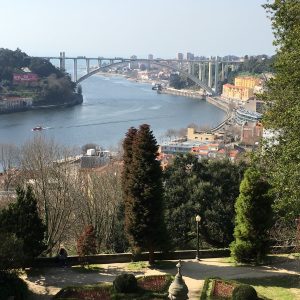 One last thing about food: fish up to the size of fully-grown sardines are traditionally not gutted before they are grilled, in Portugal, which is why we stuck with bigger, whole, gutted fish and with fillets. Just a personal preference, apparently the taste of the fish is just the same if they’re not gutted, as long as you do not puncture any of their organs (which is an easy undertaking, you just avoid getting anywhere near the guts).

You should also be aware that it is common in Porto for waiters to put little snacks onto your table that might look like a freebie on the house at first glance, but will later on be put onto your bill. Nothing wrong with that, just important to know (we initially didn’t, and felt like we were being ripped off for no good reason).

Following the fascinating Lisbon Street Art Tour, I couldn’t stop myself checking out some of the local graffiti scene. It was great, but unsurprisingly couldn’t quite top Lisbon’s bustling scene.

They also have an interesting little art gallery in Bombarda, called Cruzes Canhoto which was exhibiting modern art depicting devils and monsters next to ancient tribal African art (just in case you’re already in the area).

More pics and a massage 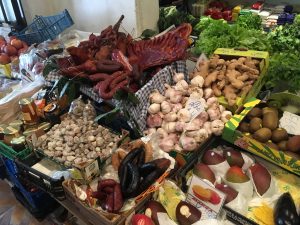 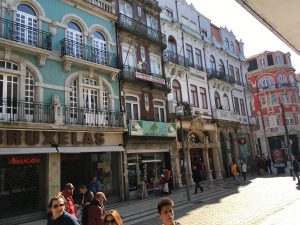 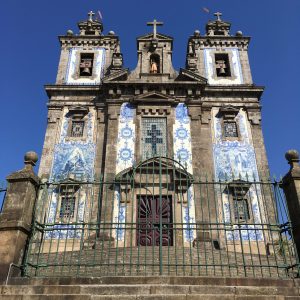 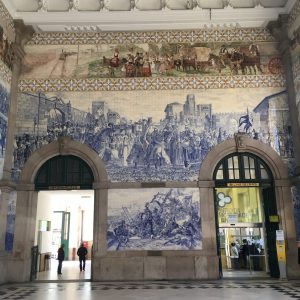 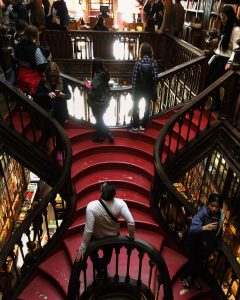 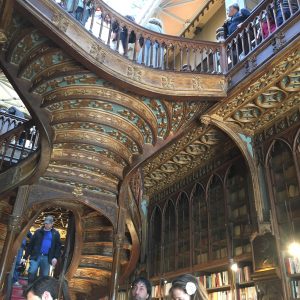 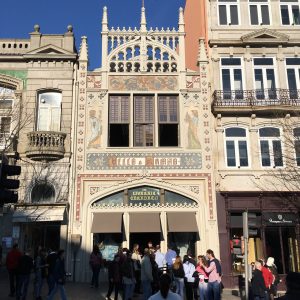 On our last day, we visited Albhertu Serrano Oporto Massage Centre, ranked an amazing (for a spa in a town that is not known for its spas) #67 of 233 things to do in Porto (and the #1 spa of town, of course, all on Tripadvisor), and really enjoyed the massage we were given (top notch). However, it is not exactly cheap, and we know one or two equally good places in London for just about the same price.

One week Porto again? You bet. We’ll be back to this city later this year for a weekend (and for a whole week or more when we’re retired). Such a lovely place.

Looking for more travel inspiration, check out our posts on 24h in Dubai and Grozny, our helicopter ride over London, our trip to the North Pole, and our camel trip in the Sahara desert. For more restaurant reviews, try our posts about Solar 31 da Calcada, Lisbon, La Vache et Le Cuisinier, Paris, Fera, London, and Ekeberg, Oslo. Some culture for you? Perhaps eyeball our posts about MoMA at Fondation Louis Vuitton, Paris, Gustavo Dudamel and the LA Philharmonic at the Barbican, or Art the Play at the Old Vic, all in London. 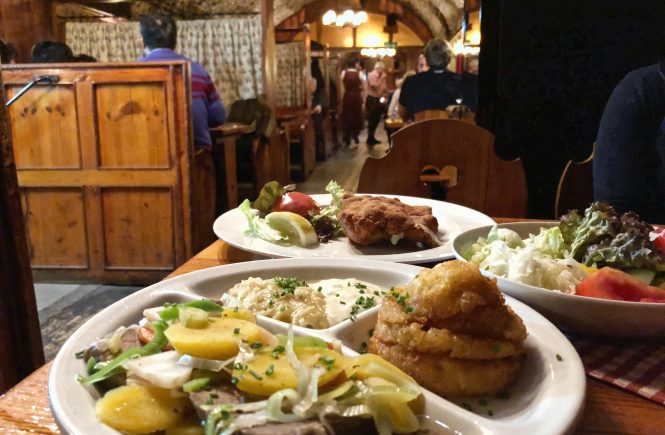 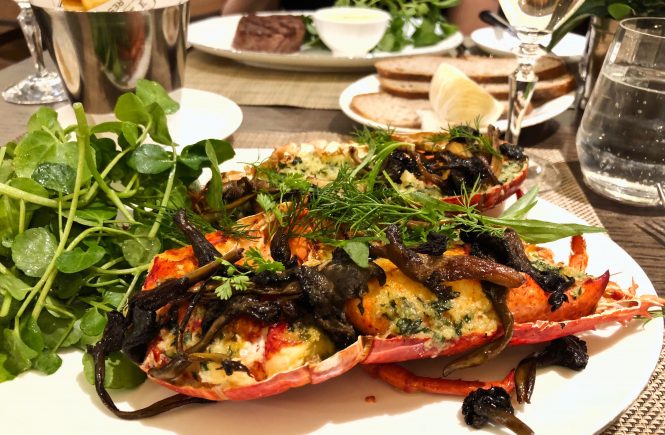 Galvin at the Athenaeum – Fine Dining in Style 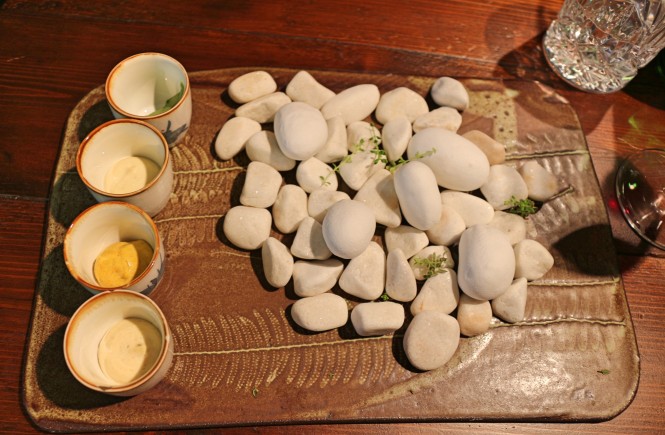 I have fallen in love with #Taxco! 😍 It is the most beautiful and unreal town in the mountains that reminds me a bit like Positano with everything built on a hill.

That means a lot of steps… 🥵 Everything is up or down. 😂 The town is oozing of charm though!
#Mexico #travel

A walking tour of Mostar in Bosnia and Herzegovina https://www.verytastyworld.com/places-to-visit-in-mostar-bosnia-and-herzegovina/

Our World for You - Janis & Gary @ourworldforyou ·

Fancy a mini-road trip around quaint villages in Kent? Then look at our Wrotham loop itinerary, just off the M20. You’ll be exploring ancient villages, a moated manor, ‘The Larkins’ village of West Peckham & the market town of West Malling @VisitKent
https://www.ourworldforyou.com/a-circular-road-trip-from-wrotham-in-kent/